For many years, utilizing celebrities was an effective way to market certain products and services. Their influence and fame have long had positive effects in the products they represent and market.

While celebrities are still being used in marketing purposes today, a new breed of people have positioned themselves as prime candidates for marketing as well. These people are the Influencers.

With the rise of social media platforms like Facebook, Instagram, and TikTok, it was inevitable that certain individuals would create and grow communities. They would gain a certain amount of fame, trust, and loyalty.

It is these attributes, coupled with their pull with certain audiences and niches, that would allow them to be tapped as a prime resource for marketing. Influencer marketing continues to grow as an effective marketing practice.

Let’s take a look at how you can leverage the power of influencers to help improve your sales.

While considered relatively young when compared to other marketing practices, the recent utilization of influencer marketing does nothing to take away from its impact and results.

Here are several case studies on influencer marketing that reveal its positive results and why you should tap into this practice now.

Chipotle has been running a Halloween inspired campaign since the year 2000. The campaign is called “Boorito”. In the spirit of Halloween, Chipotle encouraged customers to dress up in their scariest costumes. The best ones would get reduced prices on Chipotle food items.

For a while now, Chipotle has been using social media to bolster and spread word about their campaigns. TikTok is one platform that Chipotle decided to use for the Boorito campaign.

Utilizing TikTok, customers needed to showcase their costume transformation while also using the custom sound bite that Chipotle created specifically for this campaign. 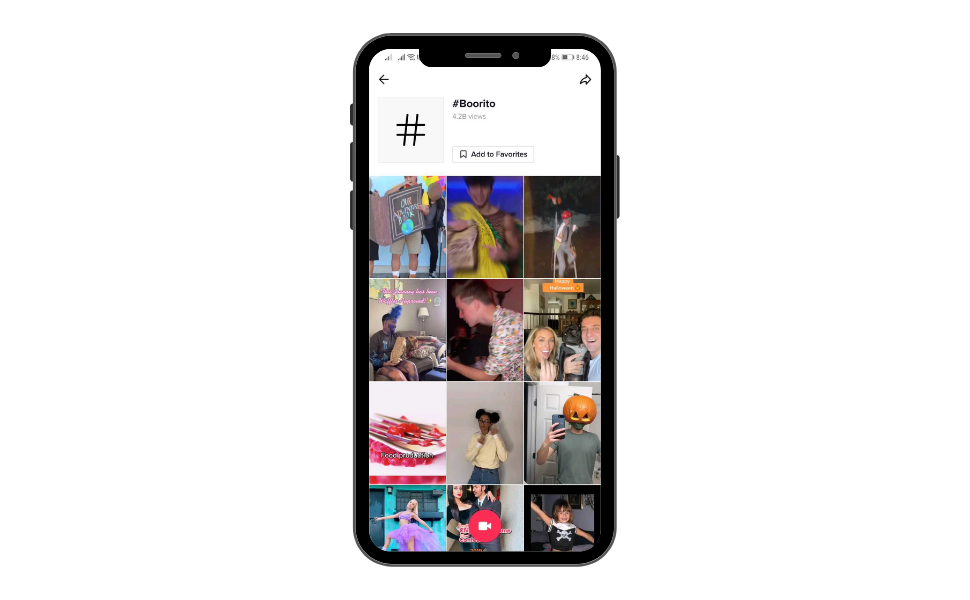 The winner was based on the top five posts with the most number of likes and used the hashtags #Boorito and #Contest. The reward would be free burritos for a whole year.

They tapped influencers such as Brittany Broski and Jiffpo just to name a few. Broski, for example, would create viral videos about the competition. Her promotions helped to bring more visibility to the contest, as Broski garnered more than 160,000 likes from her advertisements.

In addition, the campaign’s #Boorito hashtag was also able to collect close to four million views. Though this figure was only met due to the partnering Chipotle did with influencers.

When the pandemic hit, Under Armour sought out influencers for a bold fitness campaign that wanted to keep viewers healthy while also raising funds for Good Sports Inc.

The campaign was called “Healthy at Home” and saw the sports brand work with celebrity, micro, and mid-tier influencers. Together, they would work on transforming Under Armour’s social media accounts into fitness channels during the pandemic. 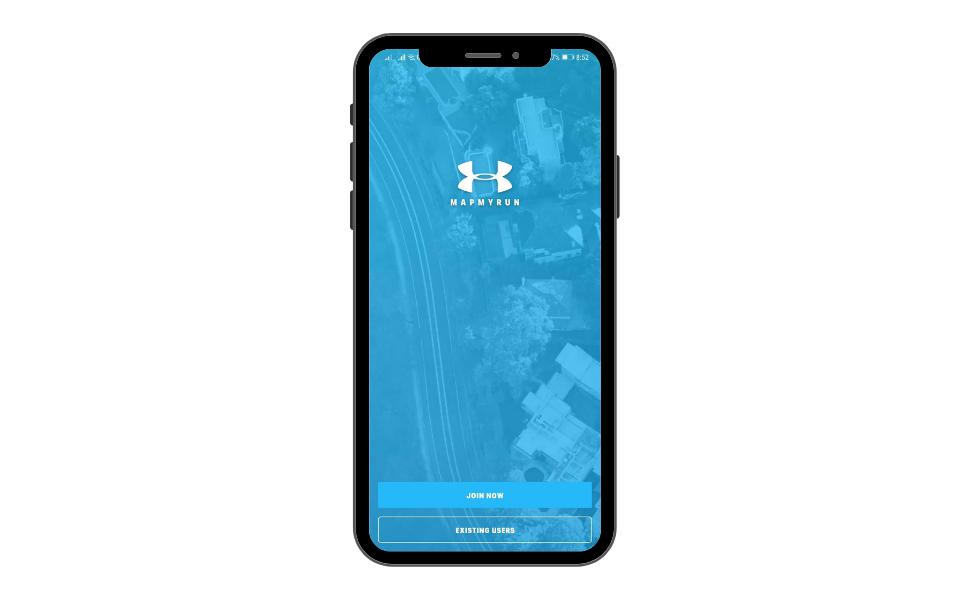 In addition, whenever a person would sign up to MyFitness, Under Armour would donate $1 to Good Sports Inc. This organization helped provide the right equipment and funding for children’s sports programs when they resumed.

This campaign was strategically placed at a time when public gyms were all closed due to the virus. As a result, the term “home workout” saw a more than 300% increase within the US alone.

This was all thanks to the influencers. The fact that Under Armour reached out to influencers had more benefits than just their following and fame. Influencers were able to produce content from home, which meant a steady amount of content for their social media accounts.

When it comes to having influencers market certain products, the one thing that people can be sure of is that people will talk about it.

When marketers turn to everyday people and not celebrities, there is a big chance that they will connect with their audience more. At the same time, products will circulate via word of mouth. This is exactly what L’Oreal UK wanted to do.

L’Oreal UK wanted to create this domino effect of word of mouth conversations, while also making users generate their own content on their Pure Clay Mask products. They did this by partnering with 2,000 women in the UK aged 20 to 55. Their campaign lasted for three months. 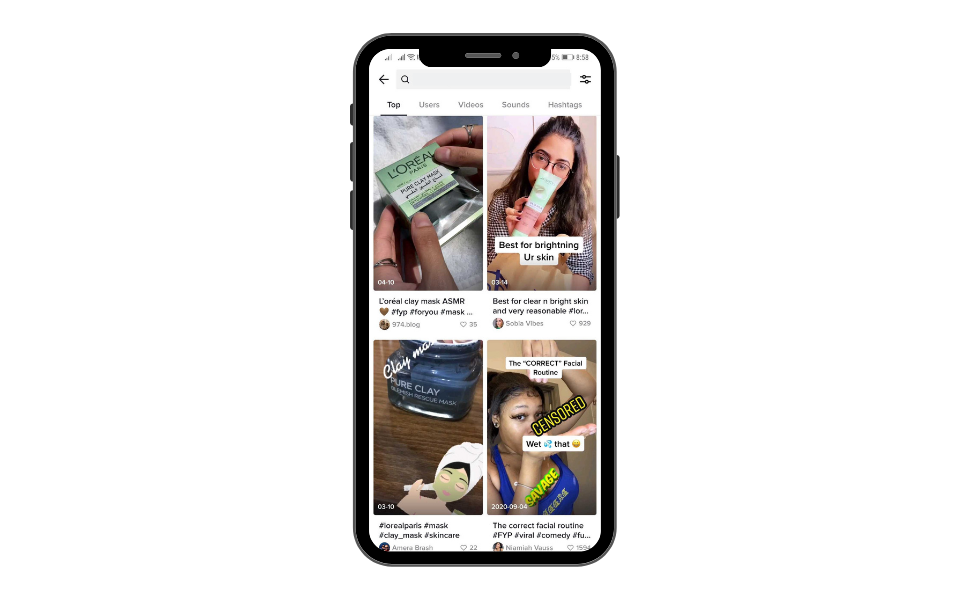 On Snapchat alone, more than 500 stories were posted. This event is alluded to as the first time a large scale product promotion was done on Snapchat.

The “everyday” nature of the influencers succeeded in connecting with common consumers. Natural conversations sprang up about the company and the products that they were offering. Almost 6,000 individual pieces of content were created through this campaign. All of these were able to reach almost 750,000 consumers.

Rather than aiming for a ROI, L’Oreal UK based the success of this campaign on engagement. Long story short, it was a resounding success as organic conversations about the company and their products increased by more than 50%.

Add this to the fact that the campaign had close to no costs, and it only points to how effective tapping into influencers is to marketing. If that isn’t enough, a match market test also showed that their sales had skyrocketed by over 50% as well.

How to Leverage Influencers to Improve Sales Goes a Long Way

These days, people online gravitate more towards figures and brands that are genuine and transparent. This is why users will relate a lot with people who share mistakes online, when a process is shared, or when one’s life story is told.

This is a good thing to look for when partnering with influencers. In some cases, larger than life influencers work to garner attention and attract more customers to a brand or product. Other times though, down to Earth influencers resonate better with users.

Rather than just looking at the follower count, study how the influencer acts and relates with their community.

This transparency goes well when partnered with the next tip.

As stated previously, an influencer’s transparency can go a long way. If the influencer’s values and mission is also aligned with the brand and company, then it can be doubly effective in the long run.

Seeking out influencers who share the same mission and value of a product or brand will bring a whole new level of trust and relatability to the users. It can serve to enhance the message and make it more believable in the eyes of the users. Furthermore, the influencer’s experiences and authentic attitude can serve to inspire, igniting brand loyalty and awareness.

Other than these, this specific point should serve as a caveat for those looking to partner with influencers. Like most everything in life, the partnership has to be a right fit.

There may be some influencers who initially look like they share the same values or missions. However, as we all know, the internet is a trove of historical information. Your influencer of choice may have posted things in the past that will go against your brand or product.

Always research on the influencer you want to partner with and make sure that it is a right fit.

One of the things that you can ask influencers to do in order to improve sales is to ask them to post testimonials about the product.

If you have ever shopped online before, then you know how daunting it is to select the right product. Before purchasing, a lot of thought and research goes into the process as we do not want to end up with buyer’s remorse down the road.

In many cases, reading reviews and testimonials can help to push us towards purchasing a specific product. More than 70% of people will not act on the purchase if they have not read a testimonial or review.

In the same way, testimonials from influencers can push people towards completing a sale. A positive testimonial from a trusted influencer can take effect and provide a positive impact. It can draw customers to a brand’s website and eventually help improve your sales.

This is also likely to happen in the communities that these influencers have built. When the people in these communities see a positive testimonial from their favorite influencer, they may be pushed to try out the product as well.

We may not know it, but stories are one of the most important things in people’s lives. It is the way we make conversation, convey information, influence people, share ideas, learn from one another, and so much more.

In social media, one of the best places to share these stories is through Instagram stories. In 2020, the platform had half a billion users. The number has likely increased since then.

Furthermore, research shows that 25% of all Gen Z users look for information from Instagram stories before purchasing a product or trying out a service. More than 35% of businesses have begun to utilize Instagram stories.

Popularity isn’t the only thing Instagram Stories has going for it. Just look at how effective it has been for improving sales.

More than 55% of users became interested in products or brands after seeing them on Instagram Stories. Similarly, about 50% of users have visited a brand’s website to purchase an item after seeing a story about it.

Having influencers capitalize on the popularity and effectiveness of Instagram Stories is a prime way of improving a brand’s sales.

When thinking about using influencers to market a product or brand, the common idea is to have them talk about it, like an ad. They can also share reviews or testimonials.

The one important thing to remember is that people crave authenticity. This may mean that traditional ad styles and approaches may not resonate well with customers. If it looks like a promotion, chances are that people may lose interest and its effectiveness decreases.

This doesn’t mean to say though that sponsored content should never be done. Instead, have the influencers create a balanced set of content. They need content that is not commissioned, and some that are.

Have Them Take Over

The final tip we have for leveraging the power of influencers to help improve sales is by having them take over a brand’s account.

Yes, you read that correctly. Having influencers take over a brand’s social media accounts and operate it any way they like (within reason of course), is an effective practice. This can be done by either giving the proverbial keys to your social media account, or asking them to create content which you can share.

The great thing about this is that the influencers will not only bring their own flair for content, but also the people from their community over to the specific social media accounts. The result is increased awareness and engagement.

If this is the path you want to tread, take note of a few things. First of all, ensure that the influencer is related to the niche of your product or business.

Also, don’t forget to announce when this takeover happens. The worst thing that can happen is that people don’t know anything about it, rendering it ineffective. This event can be hyped up days before by generating some excitement for it.

Once the eyes are on a brand’s social media account, they are one step closer to purchasing a product and improving sales.

Influencer marketing is an effective practice that is likely to continue growing. Leveraging the power of influencers correctly can help pave the path towards improved sales.

ROI for influencer marketing is on track to match, if not exceed, traditional marketing methods.

Try out influencer marketing now and watch how it improves, not only the sales of your brand, but many other things as well.