If you’ve been an active user on social media platforms for awhile then the idea of “shadow-banning” probably won’t be foreign to you. For the uninitiated, a shadow ban is basically the suppression of content or creator without an outright suspension or ban.

While Amazon is not a social media platform, the marketplace has shown evidence of its algorithms working in similar ways. So, could sellers get shadow-banned on Amazon?

The concept of shadow-banning has been around since social media itself.

Social media platforms have a singular goal of keeping users engaged, so they have algorithms that allow content and creators to be found (much like how keywords are used to find products on Amazon).

Just like there are those of us who work to untangle and disambiguate the inner workings of the A9, there are experimenters assessing data to understand the algorithms used on various social sites.

Users have long complained of suppression of their content and to prove such they have conducted experiments that revealed their usernames or content hashtags or other keywords were excluded from search results.

Other experiments uncovered that distribution of their content was interrupted as metrics showed a deep drop for no apparent reason (kind of like a product listing suddenly dropping in sessions or keyword rank).

If the evidence is to be believed, that would mean that under certain conditions some social media creators have their exposure limited directly by the platform they are posting to.

Here’s the thing, just like with products on Amazon, there will always be creators on TikTok or Instagram that think just because their Like or Follow metrics are down, they must be targeted by the platform, when in reality they are just seeing a dip in interest.

For this reason, many people don’t believe the concept of shadow-banning is even a real thing. However, major social platforms have already admitted to suppression of content and creators!

In 2020 when it was revealed (through groups running analysis and experiments) that social media giant TikTok was suppressing LGTBQ+ related hashtags the company admitted that this was due to “localized attempt at moderation.”

TikTok denied censoring content purposefully in this instance, but in their admission revealed “harmful content” is actively suppressed.

A couple of years before that, Twitter admitted its platform was excluding certain usernames from autocomplete, but this was supposedly a glitch.

This left users wondering whether the functionality was purposeful even if that instance was not intended.

Ultimately the purpose of censorship in this manner is generally to moderate content to protect users without issuing massive bans or suspensions. This is done in different ways by methods that appear to de-index keywords from search or even potentially restrict traffic to content creators.

These specific actions have many parallels we have seen on Amazon.

This image referencing an email from Amazon announcing the adjustment of traffic/visibility due to suspected fake reviews was widely shared on social media: 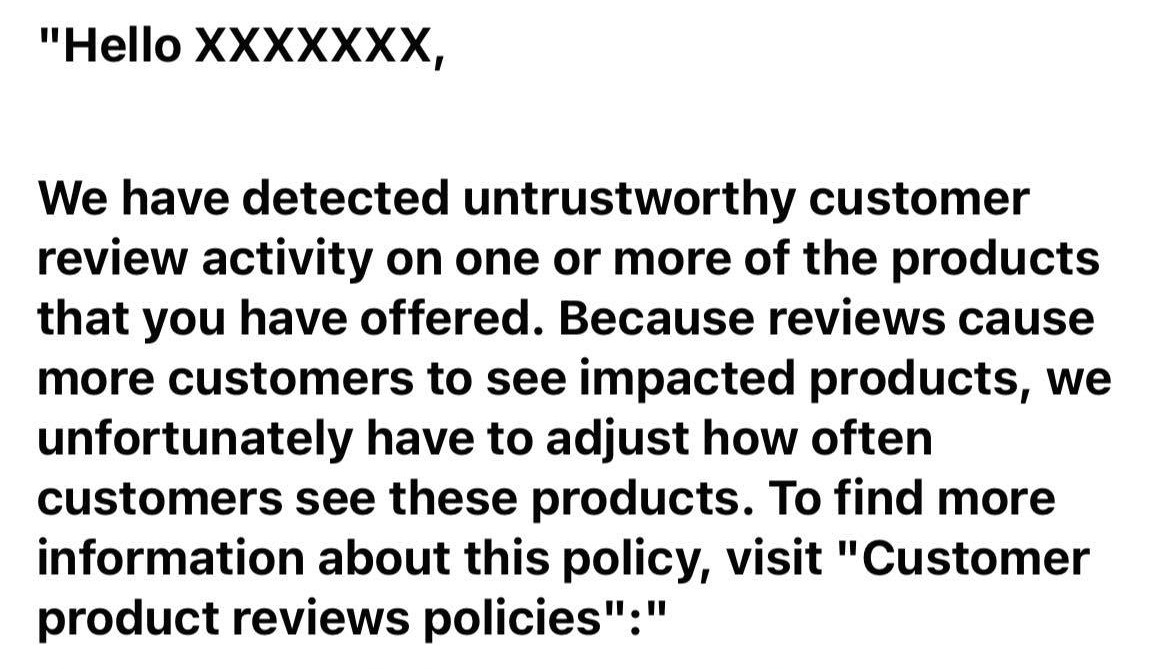 “We have detected untrustworthy customer review activity on one or more of the products that you have offered. Because reviews cause more customers to see impacted products, we unfortunately have to adjust how often customers see these products….”

Another, more detailed version can be found in seller forums in the UK:

However, looking at the policy referenced, we could not find any mention of adjustment or suppression of traffic or discoverability:

We’ve been in the Amazon game for a long time now, and years ago raised questions about whether Amazon might control traffic to certain listings. This is because, anecdotally, we observed some listings receiving odd patterns of sessions.

Listings would consistently get the same exact number of sessions daily, or even alternate between the same numbers in regular patterns. We also noticed that sessions (and sales) would not change even when we directed outside traffic (this was before the days when Amazon made it clear outside traffic was welcomed).

Imagine that. Running Facebook ads directly to a listing and seeing the same number of sessions and sales as before the campaign. Almost as if Amazon was not showing the listing organically (and the sales and sessions were from the ad alone).

If you’ve been selling on Amazon for at least a couple of years you may recall in late 2020/early 2021 the rank 32 problem. Droves of sellers were complaining that all of a sudden their listings were stuck in rank at position 32.

Communications with seller representatives, while vague, led most to believe it was a glitch. Of course, rumors abound that it was a concerted effort to curb rank manipulation. To this day no one knows what the true cause was, but a simple Google search brings back to life the fact that this was a serious problem for many. 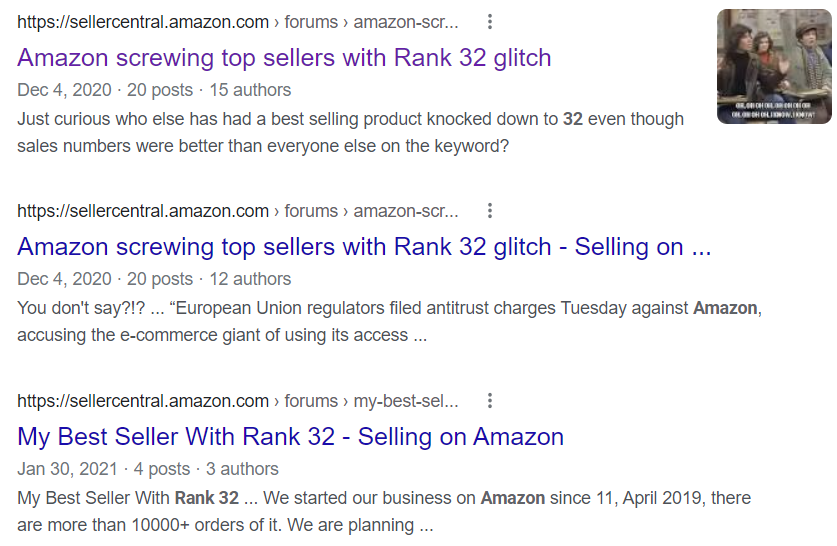 We’ve even experienced it ourselves… 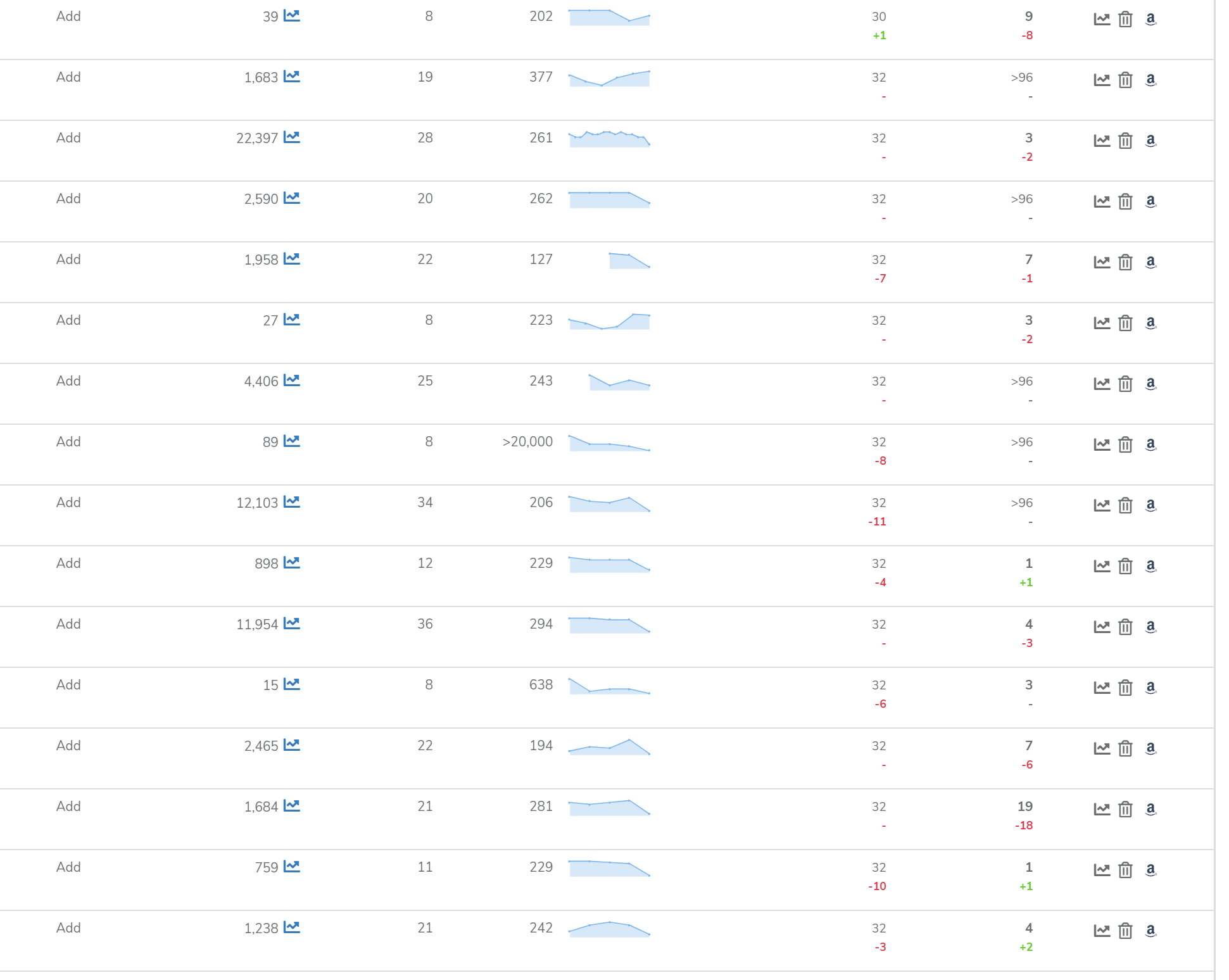 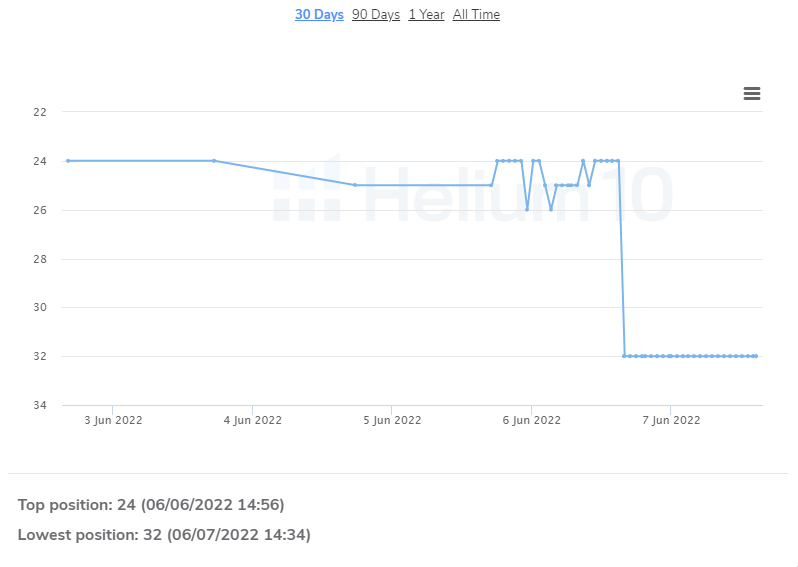 Interestingly we’ve experienced different variations of this phenomenon as well. Such as low-ranked keywords ranking UP to 32… 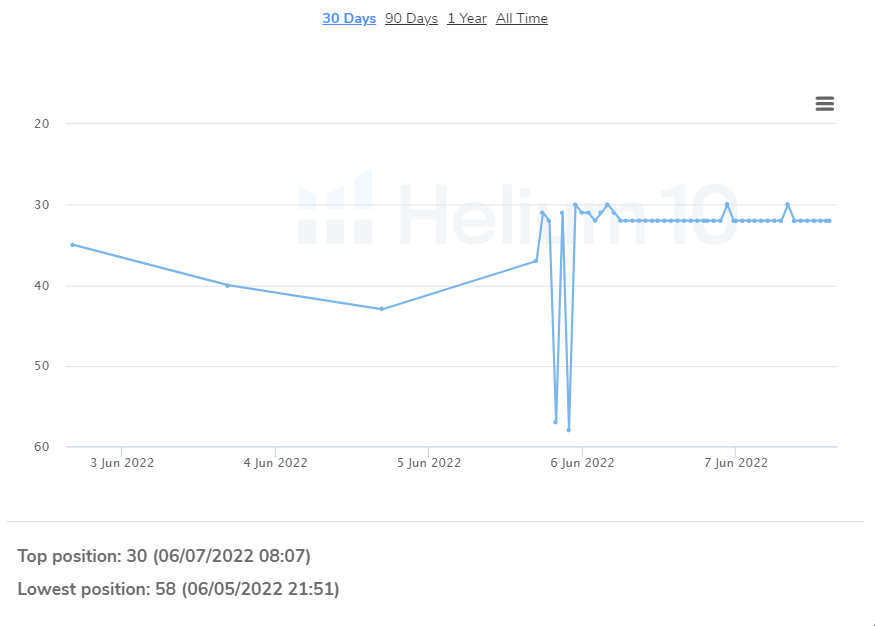 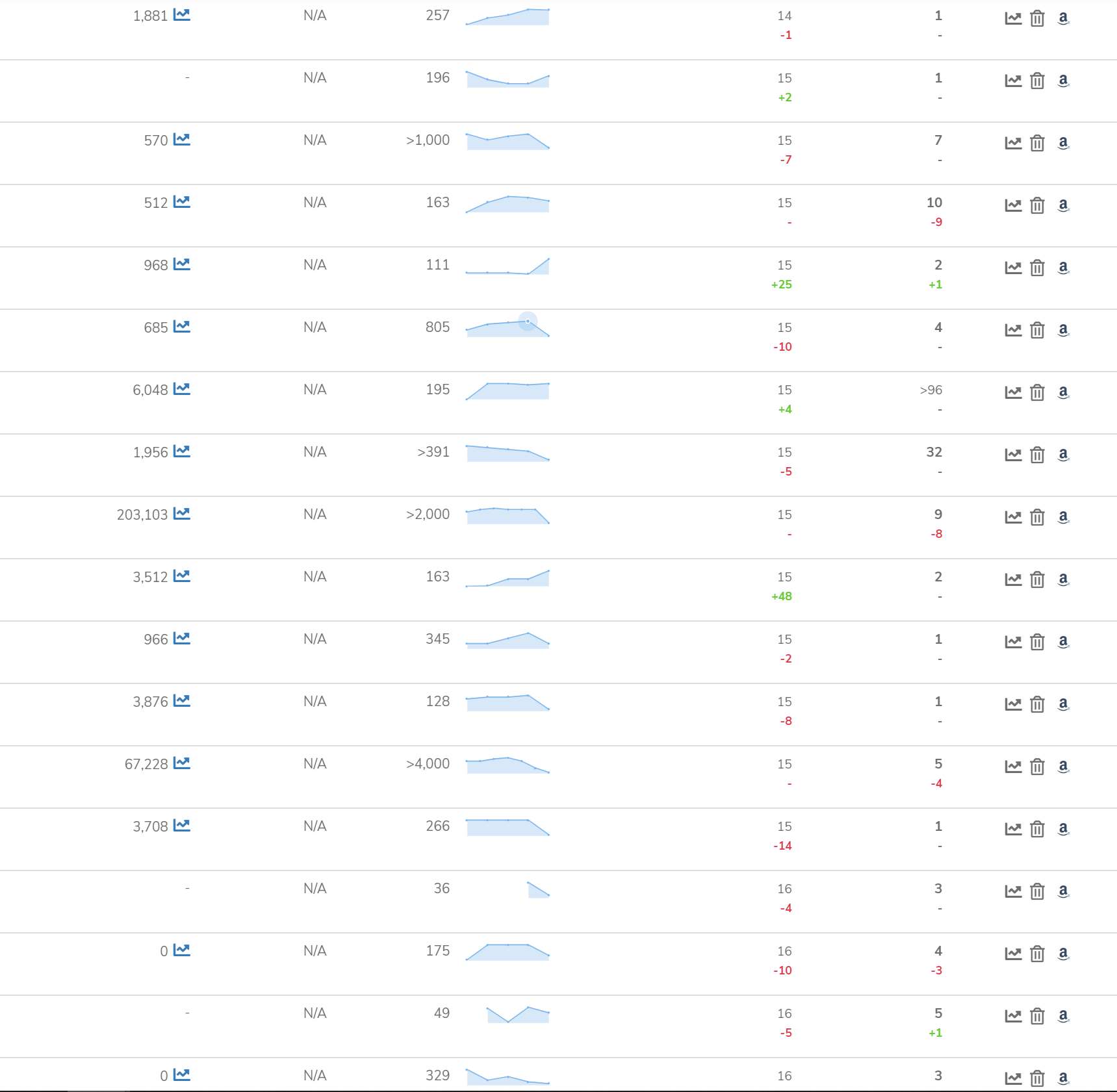 Was this a glitch, or perhaps there was some sort of campaign to address sellers manipulating the ranking algorithm? Or perhaps it was both.

The glitch may have represented attempts at finalizing or settling on the changes that would bring about Amazon’s ability to address this manipulation in silence. Of course this is only speculation, but the evidence is mounting that Amazon has had plans to take on rank manipulation for a long time.

From changing the terms of service to include search/browse manipulation, to the final words in the Seller Code of Conduct definitively admonishing rebates and manipulated URLs, it is clear this is an issue Amazon takes seriously.

What Could This Mean For Sellers?

We already know that a shadow-ban feature exists, by Amazon’s own admission. But, if they are deploying it as a way to address keyword rank manipulation, this could mean more failed launches and less results from traditional launch methods.

By restricting visibility in secret, sellers won’t be able to distinguish between legitimate failure and suppression tactics, further muddying the essential feedback loop needed for improvement. It would serve as a crutch for those unwilling to take responsibility and as a bane for some sellers trying all they can to scale.

And while Amazon claims this feature is only meant for suppression of listings with questionable reviews, we know they can utilize it wherever they see fit. Furthermore, it puts the responsibility for policing questionable reviews onto the listing owner rather than the customers leaving them (which doesn’t seem fair).

But Why Would Amazon Even Do This?

Shadow-banning solves a problem for Amazon algorithmically that otherwise would require man-hours put into moderation, decision making, back and forth communication, and eventual appeal that accompanies the suspension process.

Not only are suspensions tedious, but they also create a negative stigma with the selling process that can drive sellers to other platforms. Between the image issues and effort, it makes so much more sense for Amazon to simply address these things quietly.

Then why did they update the Seller Code of Conduct?

There are two good reasons for this. First, it sets in stone Amazon’s position in regard to certain ranking tactics, which could pave the way as justification for what essentially amounts to manipulating their own algorithm by controlling traffic to listings.

Also, it still sends the message that these behaviors must be stopped so that thousands of products don’t end up suppressed, which, in and of itself would alter the organic search and browse experience.

What Can You Do?

We already know that outside paid traffic is welcomed by Amazon. Countless instances where listings have improved keyword rank (and obviously sales) as a result of social media ads on platforms like Instagram and TikTok show that the answer is clear.

Rather than focus on out-dated hacks, entering the sophisticated game of media buying and platform expansion is the way to go for e-commerce sellers on any platform. If you don’t know where to start on your brand’s media buying journey, Signalytics can help!

Here are the steps to scale in this era of Amazon:

To learn more about how to put these steps into action, contact Signalytics today.