Put the ‘Deals Effect’ to work for your Amazon business
GET STARTED TODAY
eCommerce was already growing rapidly more popular, but saw unprecedented growth after 2020. As we enter into an age of mass digital adoption, marketplaces such as Amazon’s are becoming more sophisticated in terms of ensuring their customers get every opportunity to spend their money.

Most of these marketplaces employ search algorithms to serve their shoppers exactly what they need (and even some things they didn’t know they needed) as soon as they start searching. 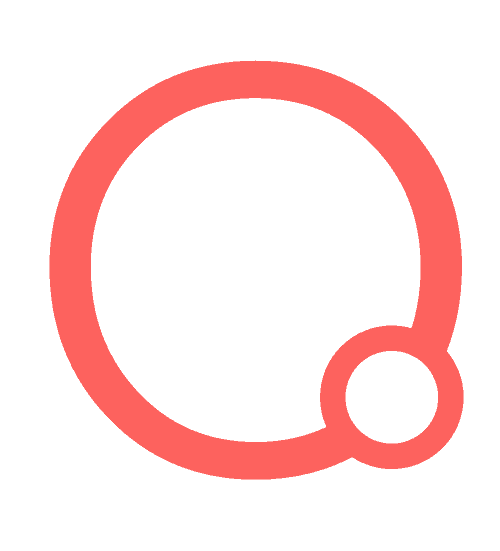 Know More About the Deals Effect

Get Started Today!
With the right knowledge of how marketplaces like Amazon work, and the right strategies to leverage that knowledge, this is a ripe time for sellers to generate success and sales through eCommerce. One strategy in particular can lead to massive visibility.

That strategy is called the Deals Effect, and Signalytics can help put it in place for your Amazon business.

Success from the Deals Effect

The Deals Effect originated from a company called Anker Innovations which was founded in 2011.

Throughout their operations, they have sold products in more than 100 countries. Their number of users has exceeded 73 million.

In 2019, they sold more than 46 million products, with a revenue close to a billion dollars. That was a couple years ago, which only means that they have surpassed these benchmarks and have no doubt continued to progress and profit even more.

For anyone seeking success for their Amazon businesses, Anker Innovations is a story that people should follow closely and emulate. They are a perfect blend of good high quality products, affordable prices, and a strategy – the Deals Effect – in place that helps keep the profit machine whirring.

The mix of these characteristics and the distinct plan in place has helped boost Anker Innovations to the #2 top seller spot on Amazon. Other businesses have also started to use the Deals Effect, moving them up the rankings and increasing sales along the way.

Pieces of the Deals Effect Puzzle

There are many pieces in place for the Deals Effect. Businesses and people who want to capitalize on it need to understand these pieces, namely: the Amazon Associates program, monitoring sites, and eCommerce Coupons and promo websites.

The first piece of the puzzle is the Amazon Associates or Affiliates program. This is an affiliate marketing program that websites and bloggers can take advantage of.

We are sure that throughout your years browsing the internet, you have stumbled upon a website that reviews certain products or items. It could be the best phone chargers, the best watches, even the best fishing rod and reel combos.

Whatever product you can imagine, you can be sure that there is a “Top Best Review” article about it.

Within these articles, there are usually links that take the user directly to the product page on Amazon. When a customer clicks the link and buys the product they get a fee in return.

The very core of the Deals Effect lies in the eCommerce Coupons and Promo websites. These are websites that post special deals, coupons, promotions, and codes for certain products on Amazon.

These websites are where the real meat and potatoes of the Deals Effect is prepared and served up to the businesses.

Several of the best eCommerce coupons and promo websites include Slickdeals, Rakuten, and Swagbucks. However, with a little searching, people can find more websites to push their products to.

In today’s internet age, traffic and visibility are highly essential to any business or website. This is why there are monitoring websites – such as similarweb, serpstat, ahrefs, and semrush – that allow people to see the rankings of specific websites.

How the Deals Effect Works

The Deals Effect takes all of the pieces listed above and sets them in continual motion. Here is how it all works.

Step 1: Find the Right Websites to Place Deals On

Amazon businesses, like Anker Innovations for example, first need to identify which eCommerce coupons and promo websites they want to push their products to. In order to do so, they can utilize the monitoring websites to see the ones that get the most traffic, or are relevant to the brand’s niche.

Bear in mind, brands don’t only have to use a single deal site. There are likely to be several that can offer relevant and abundant buyers.

Next, these businesses push their products onto the Coupons and Promo websites they identified as popular or relevant. They offer codes and deals that give discounts for certain products. These codes are unique only to these coupon and promotion websites.

Step 3: Persist and Aim for the Top

The Deals Effect takes time and patience. Once a business starts putting up deals, the next step is to continue to put up good deals and increase conversion rates.

Pretty soon, depending on how popular the deal and product is, the coupon and promo website might make the deal a “deal of the day”. Each of these websites operates differently, but they have similar practices in increasing visibility for very popular deals.

With increased visibility on the deals sites, this also increases the traffic and conversion that is happening over on Amazon. If these conversions keep up, then your products may soon have a bestseller or Amazon choice badge which will help with increasing sales.

Eventually, it may also reach top ranking in it’s category on the Amazon platform.

The Deals Effect is pretty much like a snowball rolling down the hill. Keep rolling the snowball, and pretty soon, the momentum carries over and it keeps on going.

With all the traffic, visibility, and rankings under way for a brand, this sets in motion the machine that is the Deals Effect.

Being featured as the deal of the day, obtaining Amazon badges for products, or being highly ranked on Amazon means that a certain level of success is reached. In the perception of the customers, each of these things has weight and significance. It could be the deciding factor for conversions.

This also means that many more affiliate sites will begin pushing your brand’s products. Blogs will start to write articles about the products and provide affiliate links as well.

Similarly, this also opens the gate for these businesses to push their products to more eCommerce coupon and promo websites.

And the cycle starts again.

The Deals Effect has been in play for a few years now, and the few companies that employ it have found massive success.

The one thing people have to remember is that it is a long term strategy that equates to long term success.

For starters, each eCommerce Coupon and Promotion website has its own set of requirements. If these requirements weren’t in place, their sites would be flooded with requests from Amazon businesses.

One site for example, requires that the seller account have 1,000 feedback. Bear in mind this is not product reviews, but feedback. In addition, the review rate must at least be 4.0, the discount must be at least 40% and above all, the seller must be trusted.

There are ways around it. Amazon businesses can work towards these requirements and start the Deals Effect. They can also try and build their own similar coupon and promo websites.

The simplest solution would be to outsource this whole process to experienced people who are in the know and can push your Amazon business to success.

Signalytics is a prime candidate for this. Our experience, knowledge, and connections will not only allow us to set you on the Deals Effect path, but also help you reach similar success that Anker Innovations has also reached.