Nowadays, more and more people are finding revenue through online means. Whether it’s through Facebook, Instagram, TikTok, and even YouTube, these websites have proven to be viable avenues of revenue.

Apart from engaging content, the key to success in each of these websites - and probably many others - is the understanding of how the sites’ specific algorithm works.

WHAT IS AN ALGORITHM?

An algorithm is a specific set of rules or instructions that programs to get certain tasks done. These algorithms are everywhere around us, and many people actually interact with them, whether they know it or not.

These algorithms not only dictate the viewing experience of people at these sites, but also the success of those who use these sites for revenue.

In order to illustrate the algorithm in action, let’s take Facebook as an example. As a user, the Facebook algorithm takes various criteria from a person’s daily usage. These are called ranking signals. Depending on these signals, as well as how entertaining a post is, certain posts come up more on a person’s feed than others. 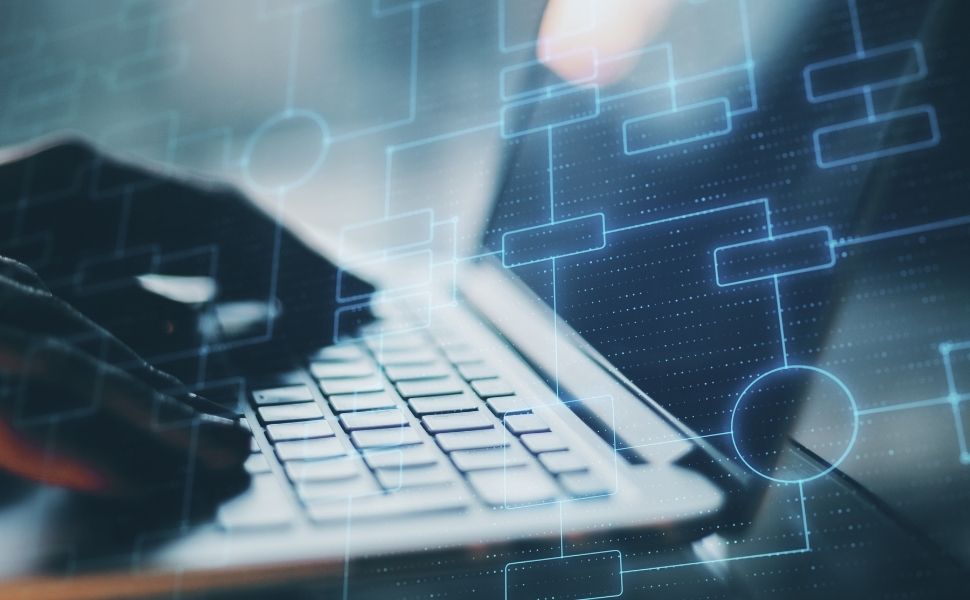 If a person or company were using Facebook to market their businesses or products, it would benefit them greatly in tailor fitting their posts to specific criteria in order to reach a bigger set of their target audience. This would in turn ensure more success for their business.

The same thing can be said for YouTube. The algorithm for the video creation and viewing website plays a pivotal role in everyone’s experience. In a website where views count as currency, understanding the YouTube algorithm to get more views should be the main priority for the content creators of the site.

Fortunately, we have the insider information on how the YouTube algorithm works and how you can make it work to your advantage.

YouTube exploded onto the scene approximately 15 years ago in 2005. Throughout the initial years, popularity was the name of the game for the algorithm. The videos that were featured and recommended prominently were the ones that were being clicked often.

From 2005 to 2012, the seven year span focused on counting the number of clicks from the viewers. The more clicks, the more the spotlight shone on that specific video.

The logic was initially sound. If a video had many views and clicks, that meant that the content featured inside would be engaging and good. However, you can imagine the perceived problems from this algorithm approach.

The problem with counting clicks is that the initial marketing or presentation of the video could lead to very deceptive results. These days, the practice is called “clickbait”. Content creators make a thumbnail and title that would captivate and make people curious enough to click through.

When people eventually view this clickbait-y video, they would suddenly exit feeling disappointed.

It took YouTube seven long years to realize that the number of clicks was not the way to go. They eventually realized that counting clicks did not equate to quality engagement.

YouTube would eventually change up their algorithm game. At around this time, the YouTube team wanted to increase the engagement and interaction time with the community. They did so by introducing the Discovery section of YouTube as well as the algorithm rules.

Instead of counting clicks, YouTube started to count the time that people spent on watching certain videos or viewing duration.

This move helped the YouTube team keep people on their platform while also improving how relevant the videos were that came out on users’ accounts.

At the same time, YouTube reached out to content creators and let them know that they didn’t need to create videos with the algorithm in mind. Instead, their advice was just to create videos that they know people would want to watch.

Four years later, YouTube started utilizing machine learning for the platform’s recommendation system. In September of that year, several engineers from Google released a paper that would attempt to explain how the new machine learning would influence YouTube’s algorithm.

The paper is called Deep Neural Network for YouTube Recommendations and you can give it a quick read to see what they were talking about.

In the paper, the engineers started by explaining why they needed to update the algorithm. For starters, YouTube was starting to grow to a monster scale. The previous way of recommending videos may have been effective for its previous size, but it could not keep up with the current scale.

The next reason was that the number of new and fresh videos coming into YouTube each second needed to be responded at a similar rate. The new recommendation system had to take both the new videos and the users’ new behaviors into account.

Finally was the historical behavior of the user. For YouTube, it was hard to come to any conclusions from historical user behavior due to the fact that there were many unseen factors in play. 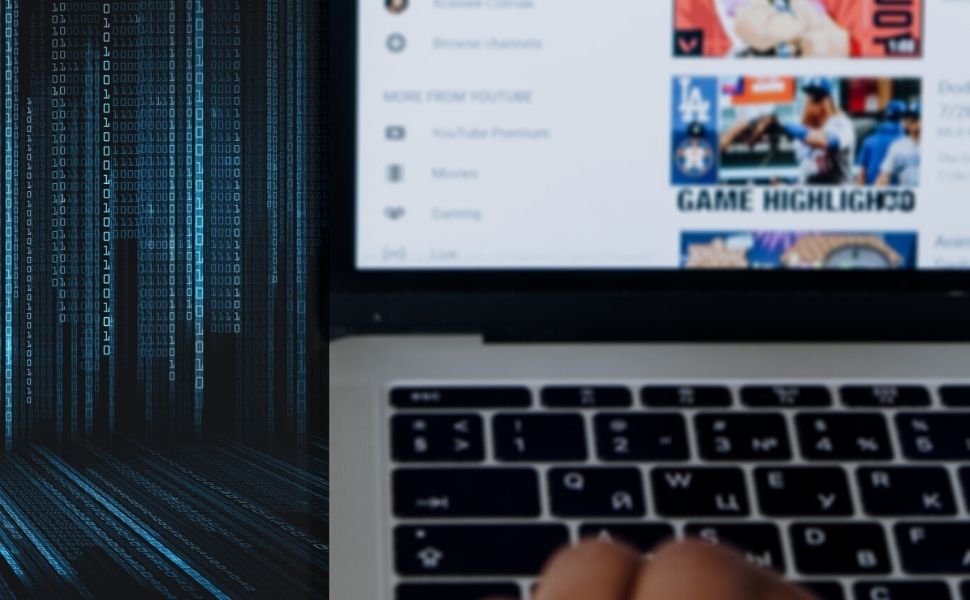 Now let’s move onto the meat and potatoes of how this new machine learning algorithm worked. The system as a whole is made up of two neural networks, namely the candidate generation and ranking. Both of these neural networks are built with a little help from the user’s history and context of their actions.

Candidate generation looks at the history and activity of a user. From there, they come up with a small set of videos that the system thinks should be recommended.

Afterwards, the ranking neural network assigns a score to each video. This then provides a “best” list of videos that can be recommended to the users.

This is a very condensed version of the machine learning process. If you are interested in learning more, we invite you to check out the article.

While the paper only talks about the new algorithm’s process on a high level, we can gleam that YouTube is honing in and reinforcing the satisfaction of the users in order to create a stream of videos that will garner and keep attention for hours.

This sort of feedback loop is what is currently being used today. The algorithm observes the user’s actions very closely. With that information, it recommends certain videos and continuously does it to ensure that people stay on the platform for as long as possible.

Let’s start off our tips to getting more views on YouTube by recommending that a channel stick to a prescribed format. People can identify and describe many famous YouTube channels in a manner of seconds.

For instance, IGN tackles video game news and features. Vice is a journalism channel that tackles stories that are on the fringes of society. First We Feast is a celebrity interview channel where people eat spicy chicken wings.

All of these channels follow a format and cover a specific set of topics. These become the channel’s identity and many successful channels stick to this way of doing things. In fact, many YouTubers who upload everything to one channel have a hard time finding success.

The consistent presentation of a specific set of topics allows for channel owners to not only grow their content, but also a niched audience.

The good thing here is that if a specific video from a channel goes viral, then it sparks interest in videos of a similar nature. It could then lead users down the rabbit hole of your other YouTube videos.

As an additional tip, if you have multiple videos on different topics, you can find video editing software that not only helps you edit your videos, but also uploads them to any of your specific YouTube channels.

Let’s make the mistake in thinking that the click count is not important anymore. YouTube only pushed the viewing duration signal in order to do away with clickbait-y videos.

One good way to increase the click count is by focusing on the thumbnails of your videos. A well-done thumbnail can do wonders for the clickthrough conversion rate.

If you go through YouTube now, you’ll see a lot of videos that sport thumbnails with people’s emotive faces. This is considered a very effective way of getting your video clicked on. The reason being is that these close ups can show very nuanced emotions.

Furthermore, this approach leverages the fact that people respond well to human faces. Finally, a study by Netflix has shown that faces that have expressive emotions outdo those that have none. The threshold for the effective number of faces on a thumbnail is three. 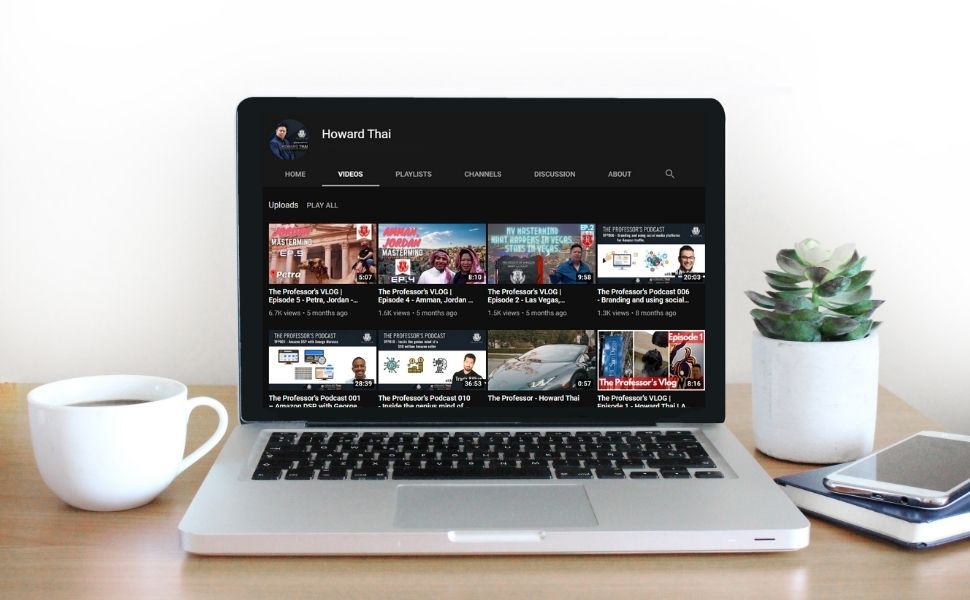 If you aren’t comfortable with your face or want to do something different, you can also place thumbnails that have something happening on it. Bear in mind though that these aren’t just generic acting shots. These are action shots that can elicit an emotional response.

There are tons of other best practices that you can do on your thumbnails. For instance, you should follow the rule of thirds in photography. It is a composition method that ensures that the photo is made in a pleasing way.

You can also add text to your thumbnails and even brand the thumbnails to your channel’s branding.

Many people think that the descriptive text under the video is just a place to put all the social media information. The truth is that this description contributes greatly to helping the algorithm get your video recommended.

Right at the start of the description text, ensure that it is clear and loaded with focused keywords.

A good understanding of YouTube’s SEO practices will benefit you greatly here.

PUSH FOR QUALITY AND QUANTITY

The normal saying goes, “Quality, not quantity.” However, in YouTube’s case, quality and quantity go hand in hand. If you are chasing success, the frequency of uploads and the quality of each video play a very important role.

Posting well-made videos very often can help make the algorithm put you on the spotlight of the front page.

The question now though is whether or not you can handle the load. Creating good quality content is no easy feat. Doing so in a consistent and quick-paced manner is doubly hard. If you think it is achievable, go for it.

An alternative is to set a fixed schedule for the video series you are creating. Letting the users know that these videos drop on certain sets of days will keep them on their toes and aware.

INTERACT WITH YOUR COMMUNITY

Another effective tip that we have is to constantly interact with your community. YouTube videos have a comment section where users can share their thoughts and reactions to your video. Take some time and interact with the users here.

If your channel gets too big and it gets too time-consuming to reply to all the comments, you can opt to create a thank you video instead.

YouTube’s algorithm has changed over the years. Like everything, it will most likely continue to change and roll with the times.

With every change in YouTube’s algorithm, it is best that you stay abreast of any changes and understand them so that you can apply them to your content creation.

However, even if the algorithm were to keep changing, you must remember that you and YouTube’s goals have always been aligned.

Both you and YouTube want to garner as much views from your video content as possible. You also want to have the users stay on the platform and watch your videos.

With the goals staying the same, the one thing that you need to focus on is creating quality content for your users. If you have mastered that, then learning everything else will be a cinch.

Get Started with Our Influencer Marketing Service